Donating money to help Ukrainian people. Here is a list of links we've collected – share more in the comments

In this series of materials, we will tell how to help the people affected by the war in Ukraine: where to transfer money, bring clothes and food, how to help refugees find temporary or permanent shelter, and so on. In this issue, we share links to foundations and organizations that raise money. Help us expand the list: leave links in the comments or write to dasha@dev.by.

To start with, decide who you want to help: the refugees, the Ukrainian Army, or people who remained in Ukraine. Volunteer organizations have set up accounts for each of these purposes. See the details below.

Refugees and victims of war in Ukraine

Here they collect money to help people in Kyiv with food, clothes, medicines, etc. You can support the war victims with goods (you can leave an application on the website) or send money to the fund, and the volunteers will buy all the necessary things.

Siepomaga.pl are collecting money for basic necessities: food, medicine, etc. These funds support people who are now in Ukraine or in Poland. They have already raised almost 20 million zlotys (about $4.5 million). Siepomaga is one of the first charitable foundations created in Poland.

The website of the Ukrainian House in Warsaw has the info for another fundraiser organized by the Pomagam.pl and Nasz Wybór foundations. The latter was founded by Polish Ukrainians back in 2014. They promise to allocate funds responsibly and report exactly how the money was spent.

MitOst is a Berlin-based association uniting more than 1,500 cultural, social, and political activists in Europe. They’ve already raised over a million euros to help Ukrainians. You can support the organization with money or personal involvement.

Aktion Deutschland Hilft is a German organization that helps war victims in Ukraine and also those who found refuge in Germany. They buy medicines, water, food and other supplies.

Človek v ohrození, part of the funds is used to support Ukrainians who have temporarily settled in Slovakia, the other part is sent to those who remain in their home country.

Charita is a Catholic organization that has been working with the Donetsk department since 2014. They help Ukrainians who are now in their country, also support refugees.

Hungarians created a Facebook group to coordinate all kinds of assistance: financial, humanitarian and psychological. If you want to donate to Ukrainians in Hungary, write to the group administrators.

Romania created a Ukrainian Peace Fund. Donations are used to buy hygiene products and food. 100% of the money goes to trusted partners in crisis zones.

In Moldova you can donate to an organization that fights hunger. They have opened an account to help Ukrainians with basic necessities.

UNICEF spends donations to help children: it organizes safe shelters, psychological and medical care, and the supply of clean water.

Tabletochki help Ukranian children fight cancer. The organization has been working for 10 years. The team reminds: it is important not to forget about other problems in times of war.

SOS Villages has also opened an account to raise funds to help orphanages that have been affected by war.

Pomogayem Fund opened a temporary shelter for refugees with children and people with disabilities near the city of Dnipro. Refugees can stay in the shelter for up to 5 days. There they are provided with food, psychological and medical assistance, there are animators for children. They also try to provide informational support: activists monitor evacuation routes and destinations.

Voices of children helps children affected by war. You can transfer money from your card, via PayPal and Patreon, and you can also make deposits into the foundation’s cryptocurrency wallets. They provide financial and psychological assistance for children. They even have a dog Frida, who is the team’s main specialist in good mood!

Territory of Good Deeds was founded in 2014. The organization has several projects: they help orphanages and children who have suffered from war. They buy food, clothes, toys, gifts, and provide psychological support.

Everybody Can fund has several charity programs: helping children, helping the elderly, and supporting hospitals.

In the following materials, we will talk about how to help Ukrainian refugees in Georgia, Poland, Slovakia, Hungary, and other countries. Share your volunteer experience with us, we will tell you about it. 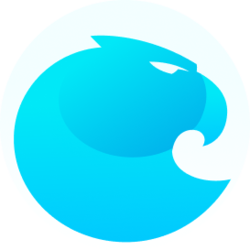 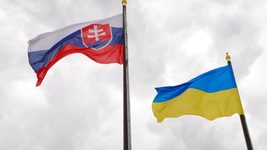 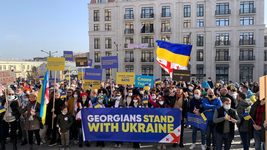 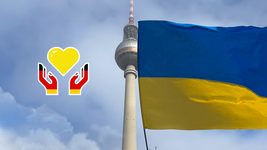 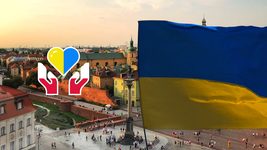