45,000 software developers work in Belarus, while 85 percent of them live in the capital Minsk. The share of capital-based developers in Belarus is the second highest in Central & Eastern Europe area (CEE), the global programmers’ community website Stack Overflow reports.

Latvia tops the rating with 91 percent of its programmers live and work in Riga. The lowest proportion of software engineers as compared to the whole country is in Warsaw (Poland) and Kyiv (Ukraine): 29 and 49 percent respectively. 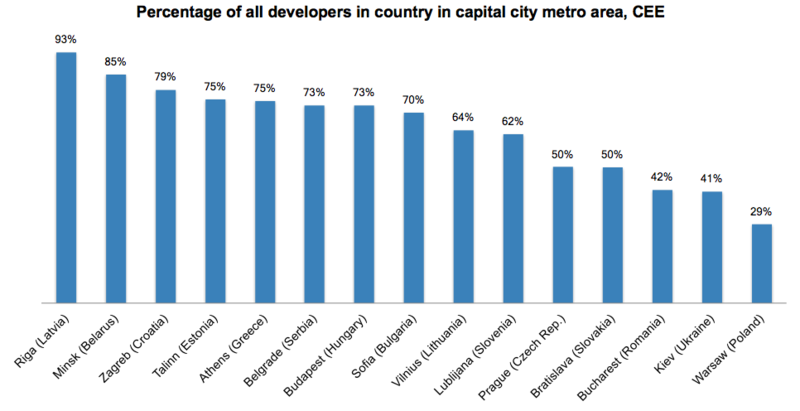 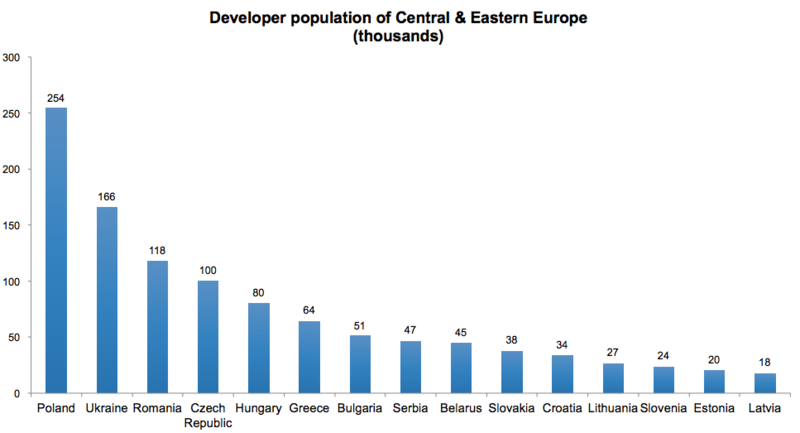 According to the survey, the number of programmers for every 100 people in the labour force in Belarus is small (1 per 100) in comparison to the neighbouring countries. This could be explained by the fact the Stack Overflow survey takes into account users of its English-language website version only. At the same time, many programmers in Belarus and Ukraine use the Russian-language version of the website. 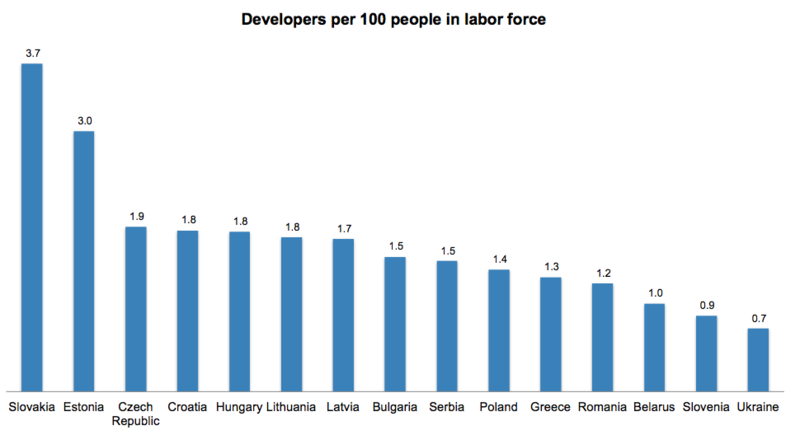 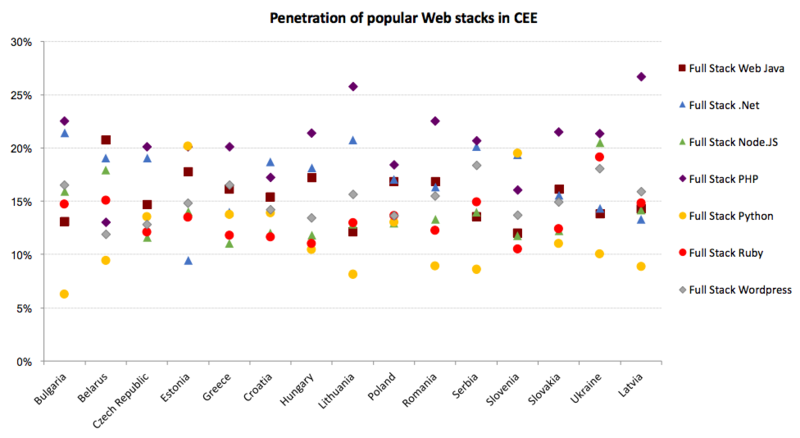 Belarus also stands out among other countries regarding mobile development. The country represents the highest percentage of developers in CEE specialising on either of the two operational systems — iOS or Android. 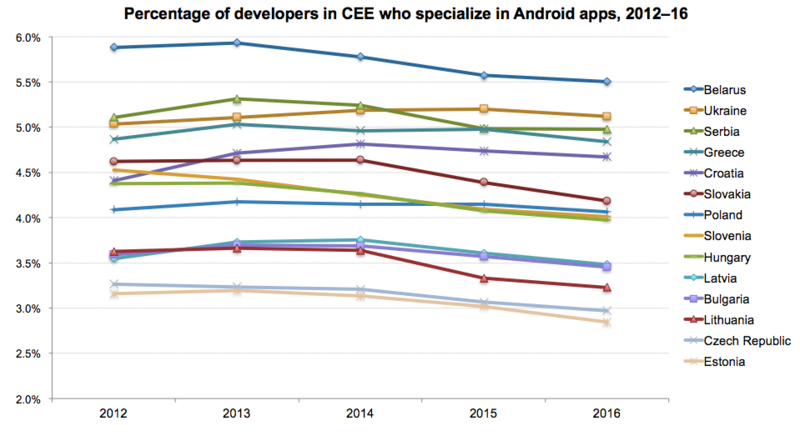 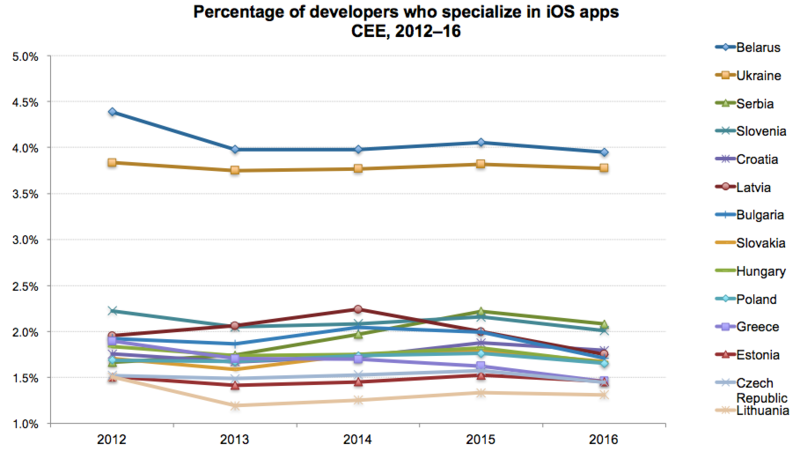